Mehserle Trial; Jury is in, but emotions still run high 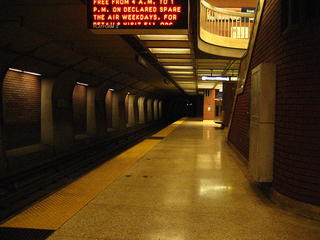 Involuntary manslaughter, an unintentional killing that results from a recklessness or criminal negligence. This is the verdict a Los Angeles County jury decided on for former BART (Bay Area Rapid Transit) police officer Johannes Mehserle. Mehserle had been accused of second degree murder, a much more serious crime, in the January 1, 2009 shooting death of an unarmed black man, Oscar Grant III, on a BART platform in Oakland, CA. The shooting spurred violent riots in downtown Oakland and it was feared the same would happen once a verdict was reached. Disturbances did occur in downtown Oakland after the verdict as a few businesses were looted; however, most Oakland residents chose not to show their discouragement with the verdict through violence. But why are they so frustrated by the verdict of involuntary manslaughter?

The issue, like any issue, can be looked at from two sides. On the one hand, the case is unprecedented in the fact that it is the first time an on-duty Bay Area police officer has been prosecuted for murder. The fact that a white police officer was prosecuted and was not acquitted or cleared of the charges would seem to some as a victory. With the involuntary manslaughter verdict, Mehserle could be sentenced to 5-14 years. In the other corner, are those who feel the verdict is merely a slap on the hand for what the officer did. Videos of the shooting show Mehserle shooting Mr. Grant while Grant was laying face down and unarmed. Mehserle contends that he mistook his gun for his taser.

Racial tension between black Oakland residents and Oakland police is nothing new, but black residents were hoping the jury would set a precedence with this case. If nothing else, the case has placed national attention and scrutiny on the issue and more is likely to come as the U.S. Justice Department and F.B.I. are looking into “whether the evidence warrants federal prosecution”. Stay tuned as there is sure to be more to come on this case and the issue of police abusing minorities.