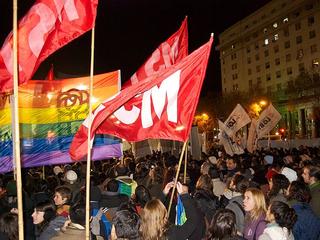 Why are same-sex couples, who are legally married in their state, not afforded the same federal benefits as heterosexual couples? A federal judge in Massachusetts recently addressed this issue in his rulings on two cases. In the first case he ruled that the Defense of Marriage Act is unconstitutional as it infringes on a state’s right to regulate marriage. In the second case, he ruled that the current federal definition of marriage as being between a man and a woman violates the equal-protection provision of the Constitution.

While it is likely that Judge Tauro’s rulings will be appealed, they have sparked more fires in the debate over gay marriage rights. Currently, five states and the District of Columbia issue marriage licenses to same sex couples. However, under federal law, these same-sex married couples are denied all federal benefits such as Social Security survivor’s payments and the ability to file joint tax returns. Judge Tauror’s rulings demonstrate that he believes there is no basis for the reasoning behind not allowing these couples the same rights. The legal world, as well as the political world, is split on his rulings and the rational behind them. Some lawyers do not feel that he has a legitimate argument in saying that the marriage act exceeds Congress’s powers and that marriage should be a state issue. On the political front, advocacy organizations felt this ruling was a states’ rights victory in saying that it is “unconstitutional for the federal government to pass laws that supersede state authority”. In the second case, the judge’s argument is viewed as more legally sound as he argues that the federal definition of marriage violates the equal-protection provision of the constitution by discriminating against same-sex couples. Regardless of which stance you take on the judge’s rulings, they are an essential move in keeping the gay marriage debate a legal debate based on legal reasoning, rather than an emotional, moral debate.