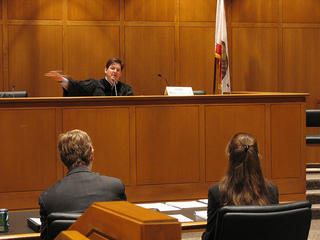 For every crime committed in the United States there is a federal guideline for prison sentences and fines. However, five years ago the Supreme Court made a decision to allow judges to make their own sentencing decisions, but said that the judges should consult the federal guidelines. But what happens when some judges follow the guidelines and others don’t? According to a report by the Justice Department, the idea that sentences depend on the luck of getting a certain judge will “breed disrespect for federal courts.” This is detrimental to the federal court system as it makes it less reputable and lessens the deterrent effect of punishment. So what has brought this issue to the forefront and what can be done?

In the Justice Department’s report, it finds that sentences imposed for white- collar fraud cases and child exploitation crimes, such as pornography, vary significantly from judge to judge. This has caused the Justice Department to conclude that the United States Sentencing Commission should reexamine sentences for white-collar crimes and child pornography offenses. In fact, according to a New York Times article, many federal judges have told the sentencing commission that the child pornography guidelines are too severe. Currently, possession of a single piece of child pornography is supposed to result in a 5-7 year sentence. However, some judges, such as federal judge Jack B. Weinstein, are imposing much small sentences such as probation or one year in prison.

The issue of inconsistency in our courts needs to be addressed. Our American judicial system should be fair, which is why guidelines were imposed originally. Whether or not some judges are right or wrong in their thinking that smaller sentences are acceptable for white-collar crimes and child pornography, is up for debate. Perhaps though, by reexamining the guidelines and imposing new ones, federal judges may become more in sync with their sentencing.