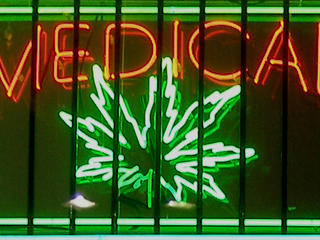 Veterans fought for our country and our rights and now some have won a small victory in the fight for medical marijuana. According to the New York Times article by Dan Frosch, “the Department of Veterans Affairs will formally allow patients treated at its hospitals and clinics to use medical marijuana in states where it is legal.” The policy, which is expected to take affect this week, does not allow V.A. doctors to prescribe medical marijuana. It does; however, make it okay for a patient who is legally using medical marijuana to still be able to be prescribed and use prescription pain medications. The V.A.’s current policy states that veterans can be denied pain medications if they are found to be using illegal drugs. The new written policy makes an exception for medical marijuana in the fourteen states where it is legal. These fourteen states are Alaska, California, Colorado, Hawaii, Maine, Michigan, Montana, Nevada, New Jersey, New Mexico, Oregon, Rhode Island, Vermont, and Washington. The department plans to widely distribute the new guidelines so that patients and doctors are fully informed.

Veterans have often been at the forefront of the medical marijuana movement and are praising the department’s decision. However, they have a long way to go as the veterans in the remaining 36 states, where medical marijuana is not legal, could still lose their rights to prescription pain medication if they are found to be using medical marijuana. Groups such as https://www.veteransformedicalmarijuana.org/Veterans For Medical Cannabis Access, which worked with the V.A. on the new policy, will still be needed in helping to advocate for veterans who use marijuana to “help soothe physical and psychological pain.”

Our veterans provided a great service to our country and it seems only right that we now offer them the right to be comfortable. The V.A.’s new policy is a big step in the right direction as the V.A. is the first federal department to make a distinction between medical marijuana and illegal drugs.