Is Cyberbullying a Crime? 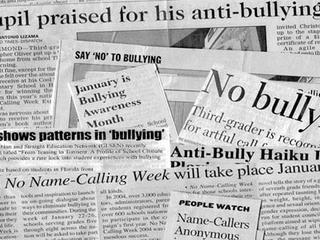 Facebook, Myspace, and text messaging have changed the way today’s teens communicate with one another.  These forms of electronic communication have revolutionized social interaction, but they have also revolutionized the act of bullying.  Bullying is no longer limited to face-to-face physical and verbal harassment.  It has now taken on new life with harassment through electronic forms of communication, known as cyberbullying.

Like bullying, cyberbullying is anything but harmless.  Its devastating effects have been brought to the forefront with the cases of Phoebe Prince and Megan Meier in which both young women committed suicide after enduring cyberbullying. While school administrators and parents have handled traditional school bullying, cyberbullying has caught the eye of many state lawmakers.  Many states, including California, have enacted laws to address cyberbullying.  California already gives its schools the right to expel students who harass their peers through cyberbullying and now it is making it a crime.  As reported in the SFGate, California law SB 1411 “makes a punishable offense out of knowingly, without consent, impersonating another actual person through or on an Internet web site or by other electronic means for purposes of harming, intimidating, threatening, or defrauding another person”. Breaking this law carries a $1,000 fine or up to one year in jail. This law is an important step in curving what has become an epidemic among teenagers.

If you are a parent of a teenager, it is important to know the laws in your state and even more important that your child understand the consequences of actions they may deem harmless. Cyberbullying is against the law and is being treated with a zero tolerance policy.