Search Site
Menu
Home / Blog / Is a Mandate with No Money Still a Mandate?

Is a Mandate with No Money Still a Mandate? 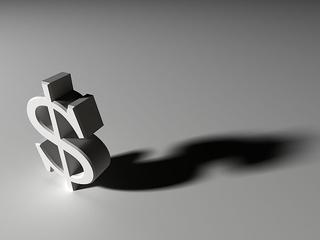 Over ten years ago, 61% of California voters voted yes to a proposition that made treatment possible instead of incarceration for non-violent drug offenders.  The Substance Abuse and Crime Prevention Act of 2000, or Proposition 36, states that nonviolent, simple drug possession offenders have the opportunity to complete a drug treatment program instead of serving jail time.  With California courts widely using the mandate, what happens when there is no more money for the treatment plans?

According to Josh Richman’s article in the Oakland Tribune, this year California’s proposed budget does not include funding for the mandate in 2011/12.  Given that it is a mandate, counties cannot simply say they will discontinue the program. They must find a way to continue offering treatment programs; however, the scenario does not look good.  Courts are still ordering drug treatment, treatment programs have no funding, so waiting lists continue to grow and defendants will not get the help they need.  Sadly, I do not believe this is what California voters had in mind.  The voters approved a program that would rehabilitate these mild drug offenders and give them a second chance, not to have their names added to a list with other non-violent drug offenders who are also waiting for treatment they are entitled to under the law.  Without the right treatment, how can there be rehabilitation?  The lack of funding for Proposition 36 and those who will not be able to access the mandated drug treatment, are more victims of California’s budget crisis.

Our Offices
Initial Consultations are Free
Click Here to Tell Us
About Your Case
Free Bergâ€™s Law â€śKnow your Rightsâ€ť Fact sheets
#1 False Accusations
#2 Medical Marijuana
#3 Childrenâ€™s Rights
#4 Drunk Driving
#5 Three Strikes Law
#6 Divorce Issues
Testimonial
Simply the best Lawyer attainable!
My legal problems started with two felony charges against me. They spiraled into a nightmare of trouble including family court, employment issues and more felony charges brought against my wife. If it was not for Eric Bergâ€™s experience and expertise, the outcome would have been tragic! This man and his staff worked tirelessly to helpâ€¦ - Robert (5 star review)
Application for Legal Services Loans
Apply NowThis is an independent service not affiliated with Eric Alan Berg & Associates.